Learning Jidoka from a production line 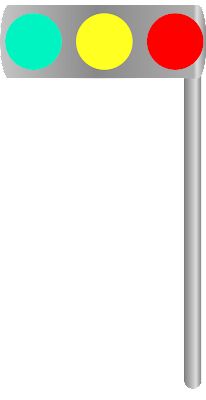 When you adopt an agile methodology, you first try to apply its recommendations and often you will prefer to make your own dish with these good practices.
After a few weeks of practice, you won't get the expected result that the agile guru has predicated you should. Most of the time, you will be told to apply the methodology you choose without changing a thing.

The Shu Ha Ri way coming from Aikido is often the concept which is proposed for learning an agile method:You will also learn, the agile world has not suddenly erupted from the clever minds which produced its manifesto. Instead, these efficient practices have evolved over a century. Toyoda, Taiichi Ōno, Edwards Deming will be the names you will find on your trip back to further discover the root to agile.
Many of these good practices have been promoted in the Toyota company and finally studied and summarised by American researchers in a set of principles named the Toyota Production System (TPS) and the more generic Lean manufacturing.

Among these principles the Jidoka focus on developing the quality in the machine (working station), making the problem visible and separates workers from machines through mechanisms that detect production abnormalities. Two of these principles are Andon and In station quality.
Now watch the following video and record the measurement, quality system, colored lights and more.

Like me, you have probably been astonished to see where the USB sticks are produced. Now, step back and understand the quality tools and principles which are used here on a production line.

A production system differs from a product one, regarding the number of times, the same result is produced. Software development as a product development, produces only one time the same package and the same functionality. Consequently, Jidoka will be implemented differently with defect detection of code compilation, of functionnal tests, of feature integration, etc. Because each new product feature make the overall result different, at least the non-regression detection is the primary focus, together with a maintable build system. Also, because each part of the production must have its built in quality, a systematic unit test creation with or prior to coding the new function, is a good pratice too.

If you have seen something else in the video, that is around Toyota culture, please tell me and draw the analogy with your agile world.

September 09, 2015
This is the end of a beautiful summer, and also one of the warmer recorded in France. I’m continuing my journey in the product management world and today I’m living in the product marketing one too. I will blog about this later. During this first half of this year, I read several articles on big data and started to understand how important the data science discipline is. Being able to define a direction/goal to search, collecting the proper data, then using a collection of techniques to extract something others can’t see - it sounds like magic. Also, when I listened to the Udacity Linear Disgression podcast episode “Hunting the Higgs”, I understood people with these skills can be better at solving a problem than the domain experts themselves. Katie Malone explained that in a competition to solve a particle physics problem, the best results came from machine learning people. Then I read the article about Zenefit on the vision mobile website : “Zenefits is an insurance compan
7 comments
Read more

Didn't register yet to the European Agile event 29-31 August in Paris?

July 27, 2016
I tell you, I’m not an expert in agile, just someone who found solution to my professional problems using agile methodologies. If you are convinced too and want to move further, please join us at the end of august, for a lot of open discussions and fun. Things are moving forward in the ALE 2016 organisation. Already, a great diversity of people answer to our call as shown below, but we need more. Yes the ALE 2016 will be great as it has always been since 2011 in Berlin. For those who do not know about the yearly ALE event, please find below a few tips. What is it?  If you do not know yet about the Agile Lean Europe event, here a few tips. ALE is a event for practitioners, meaning people who already practice agile methodologies like developers, modern CEO, teachers, leaders, etc.  Sharing ideas and solving problems are the ALE mains goals: people can propose topics where they share their experience, other can ask to solve a problem the can’t alone  The event formats helps
1 comment
Read more