Mobile phone, everywhere, everybody, how to avoid their e-wasting? 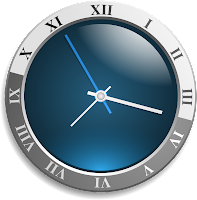 Communities dominate is one of my favorite blogs for improving my knowledge about mobility. I already referred to it, but they have posted one more amazing article that shows the astonishing penetration of mobile phones today: 50% in Africa, more than 200% in United Arab Emirates.
There are more phone subscribers than those with permanent access to electricity or water.
And again the main tool is SMS with 4.2 billion users compare to the 5.2 billion phone subscribers.

As discussed in the article comments, the number of sold phones is composed of new users and replacements. The replacement rate is between 18 and 32 months, according to the sources available on the Internet. We could believed that we are in front of another planned obsolescence, but this is only a permanent race for new features in the phone industry.

Three years ago, when I started to work in the mobile phone industry, I was trying to have an opinion about what would be the next step and where the enterprise world would choose to go. There is nothing like that anymore. The consumer market has the lead and smartphones are like butterflies, their life expectancy is so small that you can’t plan to standardise a hardware platform. OSes are different for each phone model, so only the application APIs seem to have a bit of stability.

There is also a dramatic effect with the omnipresence of phones with capabilities like alarms. Is the alarm clock market gone? What the kids think when you show them an old, noisy, mechanical alarm clock?

We love our phones, we will buy new ones if we can afford them for the next ten years and our businesses will depend on them.
The last thing to solve is their e-waste they cause, like Arte showed us last week, or in this video from Ghana made by Greenpeace.

Also have a look to these e-waste pictures.

September 09, 2015
This is the end of a beautiful summer, and also one of the warmer recorded in France. I’m continuing my journey in the product management world and today I’m living in the product marketing one too. I will blog about this later. During this first half of this year, I read several articles on big data and started to understand how important the data science discipline is. Being able to define a direction/goal to search, collecting the proper data, then using a collection of techniques to extract something others can’t see - it sounds like magic. Also, when I listened to the Udacity Linear Disgression podcast episode “Hunting the Higgs”, I understood people with these skills can be better at solving a problem than the domain experts themselves. Katie Malone explained that in a competition to solve a particle physics problem, the best results came from machine learning people. Then I read the article about Zenefit on the vision mobile website : “Zenefits is an insurance compan
8 comments
Read more

November 20, 2011
The "Read bead experiment" was created by Dr. Edward Deming and aim to demonstrate the ineffectiveness (sometimes effectiveness) of the various management methods. At the end of the experiment, a statistical graphical tool is used to analyse the experiment's results. By following this exercise, you will understand that actions taken by the people playing the managers are detrimental to the employees, but after the analyses are shown to have no impact on the efficiency of the process . The conclusion proposes ways to properly use performance data in a quality environment in order to achieve continual improvement. The several videos by Fluor Hanford (Steve Prevette) posted below, will help you to understand what is really important in a process. Meet the  company  with its "willing workers", quality control personnel, a data recorder, and a foreman. All wish to produce white beads using a 50 holed paddle, but unfortunately there are bad quality red beads.
2 comments
Read more